With registrations closed on October 31, 2021, the Evidence Award and the IMDs - Social Mobility Trophy received, in their first edition, 55 enrollments within the validated period. The proposals were sent by agencies of the federal, state, and municipal public administration departments, of which 53 were qualified.

• 'Youth of the Future' / Unibanco Institute and the Espirito Santo Government.

• 'Pact for Education in Pernambuco' / Government of Pernambuco.

Seeking to recognize and disseminate public policies that make use of evidence in their various stages, efficiently transforming the lives of millions of people throughout Brazil, the first edition reaches the final stretch. As a result of a partnership between the Institute for Mobility and Social Development (IMDS), the Learning and Results Learning Center for Lusophone Africa and Brazil (FGV EESP CLEAR) and the National School of Public Administration (ENAP), the initiative strengthens the value of the interaction between scientific research and public policy management.

In April 2022 the awards ceremony will be held, in which the ranking of the awards and will be revealed and the certificates and the trophy given. Follow the disclosure of the event here and on the official site of the prize and stay tuned for the next issue of the Evidence Prize and IMDS Trophy.

To carry out the final decision on the Evaluation Stage and the Finalist Examination, an Evaluation Commission was formed, which brings together specialists in public policies and in the evaluation of policies and programs. See the profile of the members of the Commission below. 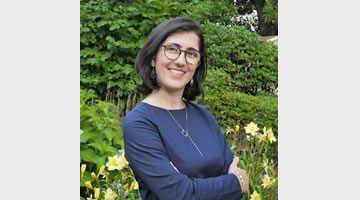 She holds an undergraduate and master's degree in economics from the University of São Paulo and a PhD in public policy from Bocconi University. During her PhD, she was a visiting student at Duke University and worked at the Inter-American Development Bank. Jessica is currently a researcher at the University of Milano-Bicocca.

Researcher at FGV EESP Clear and at C-Micro – Center for Applied Microeconomics. She has a doctorate in Economics from FGV EESP, a master's degree and a bachelor’s degree in economics from the Federal University of Rio Grande do Sul (UFRGS). She has experience in impact assessment of public policies and social programs with a focus on education, early childhood, socio-emotional skills, inequality, local development, and poverty. 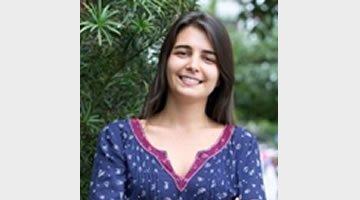 Master’s in applied economics from the University of São Paulo. She coordinates the Science Network for the Design of public educational policy, the chair of the Ayrton Senna Institute at Insper and the Science Center for Educational Management at Insper. She is a professor and co-author of research at Insper and works in the dissemination of scientific evidence on social policy for public managers at the federal, state, and municipal levels. 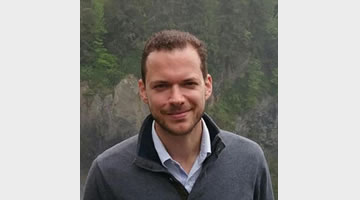 Bachelor of Law degree from USP, Master and Doctorate in Public Administration from EAESP-FGV and member of the career of specialist in public policies of the federal government since 2010. He has extensive experience in the formulation, implementation, monitoring and evaluation of strategic policies and programs in different areas, such as family farming, health, and human rights. He recently developed a Modular Training Program in public policy cycles within the scope of the United Nations Decade for Family Farming - UNDFF. 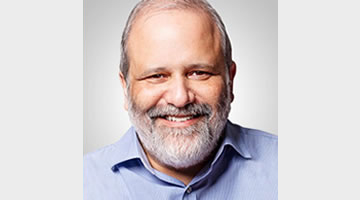 Bachelor’s in economics. Experience in Economics, with emphasis on Economics and Regional Development, Economy of the State of Rio de Janeiro, Brazilian Economy and Labor Market. Coordination of research in promotion of economic development, labor market and public management. He was Municipal Undersecretary of Labor from 1997 to 2000. 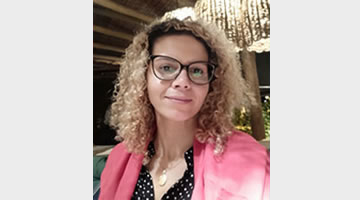 Master and PhD student in Economics at the Federal University of Ceará. She was coordinator of the Center for Data Analysis and Evaluation of Public Policies at the Institute for Research and Economic Strategy of Ceará (CAPP/IPECE) from 2018 to 2020, currently holds the position of Director of Public Management Studies at IPECE, in addition to being an Alumni of Public Management at Vetor Brasil and Professor at the Post-Graduate Course at the State Academy of Public Security of Ceará (AESP).

A bit of the history of the first edition

Below is the video of the questions and answers session in which managers were able to clear up their doubts about the registration process. Frequently available questions and respective answers are also available, in addition to the public notice of the first edition.

FGV EESP Clear, the National School of Public Administration (Enap) and the Institute for Mobility and Social Development (IMDS), organizing institutions of the Evidence Award and the IMDS Social Mobility Trophy, presented, on August 13, 2021, an online meeting open to the public to clear up doubts about the public notice, the application process, and other details of the award.

What is the Evidence Award and why was it created?

The Evidence Award is an initiative award from the Center for Learning in Evaluation and Results for Brazil and Lusophone Africa (FGV EESP Clear), the Institute for Mobility and Social Development (IMDS) and the National School of Public Administration (Enap) to recognize and promote interaction between science and public policy. The three institutions understand that it is necessary to give visibility, strengthen and support government programs based on research with solid evidence and good national and international practices and, for this reason, decided to create the Evidence Award, which will award up to 3 (three) public policies within the national territory that stand out for their use of scientifically-based evidence in their multiple stages.

What is the IMDS Social Mobility Trophy and why was it created?

The IMDS Trophy is an IMDS initiative to value policies that promote increased social mobility and reduce inequality of opportunities through the use of systematic information and the application of scientific knowledge in its design and execution.

What is the difference between the Evidence Award and the IMDS Social Mobility Trophy?

The Evidence Award may award any public policy that makes use of scientific evidence and follows good practices in the application of evidence in public policies throughout its entire cycle. The IMDS Trophy will include a program that, in addition to following the same criteria as the Award, is also intended to solve problems of social vulnerability, and which has an expected medium-term impact, seeking to promote intra-generational and intergenerational mobility. It should also preferably include the themes listed in item (f) of the Public Notice - Annex 2, section 2.

If I register the (public policy) program that I represent in the Evidence Award, will it also be automatically competing in the IMDS Social Mobility Trophy?

Among the programs enrolled in the Evidence Award, those that have been approved in the Evaluation stage can compete for the IMDS Trophy. It will be up to the Evaluation Committee to select a subset of those approved to compete for the IMDS Trophy. The criteria that refer to the application of evidence in the policy are the same, but have different weights, since there are requirements of expected impact and particular themes in the case of the Trophy. Detailed information on the qualifying criteria to compete for the Trophy can be viewed in Annex 2 of the Public Notice.

Where can I get complete information about the awards?

How long will registrations remain open?

Who should be responsible for registering the public policy in the awards?

One person alone should be responsible for submitting the proposal and subsequently contacting the Award organization. In case the public policy or the program involves a group of agents, the registration must also be done by only one responsible person, who will represent the consortium executing the program. In all cases, recognition will be granted to the program or policy, through a single award.

Both the Award and the Trophy will distinguish winning programs or public policies. However, the award, in the name of the policy, will be given to a nominated representative, in a ceremony scheduled for November 2021.

Can any public policy be entered in the awards? Are there any criteria for registration?

Direct and indirect Public Administration agencies and entities from the three spheres of government, responsible for government programs in progress or completed within 24 (twenty-four) months prior to the date of publication of this Notice, may compete for the Evidence Award. Public policy must be registered by only one proponent. If there is more than one application for the same policy, originating from different proponents, only the first form received will be considered, disregarding the others.

What kind of information do I need to declare on the application form in order for the document to be filled out correctly?

More details on each of these sections can be found in Annex 1 of the Public Notice.

After sending the registration form through the platform available on the Award website, it will no longer be possible to make changes to the information provided. However, it will be possible to file an appeal for reviewing the list of qualified programs. The means to carry out such an appeal will be disclosed on the Award page and the period that proponents will have will be 5 (five) working days from the disclosure of the list of qualified proposals.

Who will do the evaluation and define the winners?

When will the winning results be announced?

The Evidence Award winning initiatives and the IMDS Social Mobility Trophy winner will be announced by October 2021.

I am a researcher at a university, and I found an interesting program that I think fit the criteria. Can I register for the Prize, as long as I collect enough information to fill out the form?

No, only people responsible for the programs can register. In this case, we suggest that you send the award information to the responsible agency to register it.

What types of evidence can be cited throughout the application form?

Scientific evidence - derived from academic literature or other types of studies that use scientific methodology - can and should be used throughout the application form. Such evidence can be quantitative or qualitative. It is also important, especially in the last section, “Use of evidence generated by public policy”, to cite the evidence produced in the process of formulating, implementing, monitoring and evaluating the competing policy, including those that gave rise to its decision-making. This evidence includes, for example, products of the monitoring system, results of evaluations, information collected from beneficiaries, among others.

In the section of the registration form “Use of evidence generated by public policy,” what types of evidence can be cited?

In this section, we would like to explore the evidence generated by means of monitoring and evaluation tools used in the management of the registered policy. For example, the uses of the monitoring system or the results of evaluations - of process, impact, results - to feed policy decision-making could be cited. However, if your policy does not yet have evidence of this nature, it is possible, in this section, to discuss how existing evidence - academic studies, secondary data analysis or other policies - is used in management. Still, it can be discussed how one plans to incorporate the evidence to be generated by the enrolled policy throughout its cycle.