Without computers or the Internet, poorer young people have less opportunities 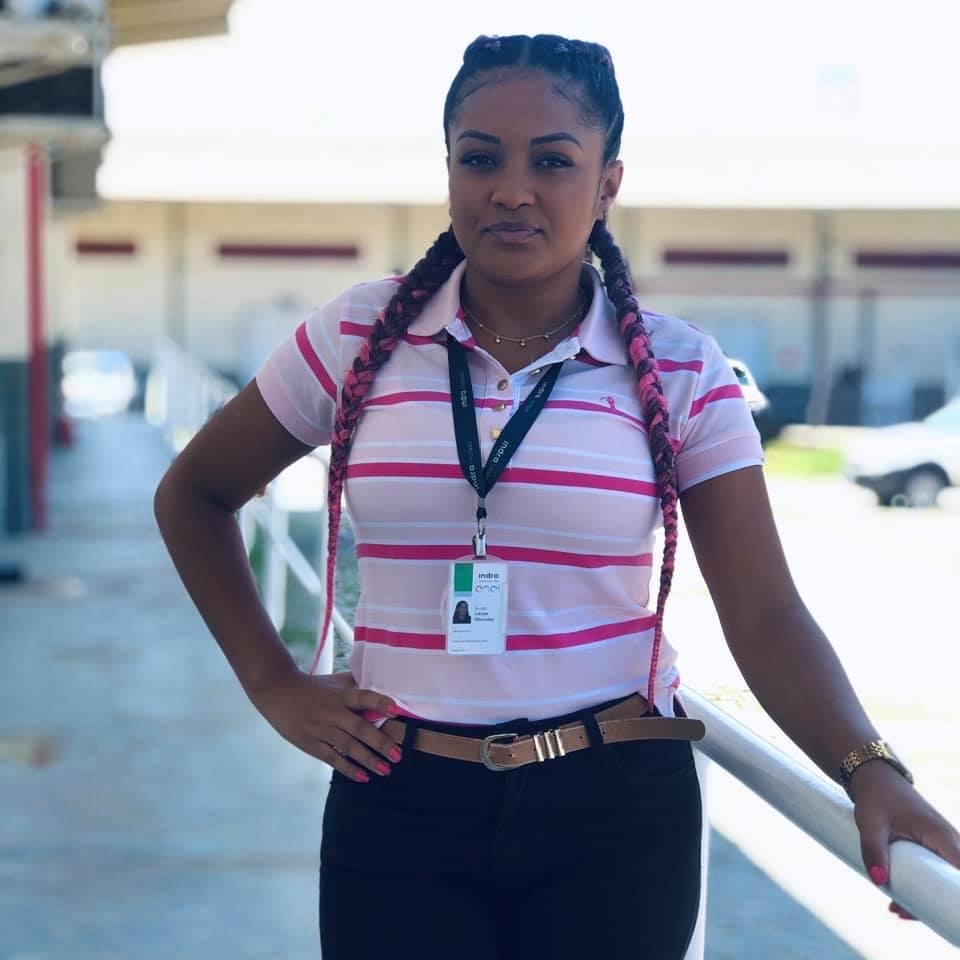 Laysa Meireles: access to the Computer Lab at school made the difference in her learning and development and resulted in social mobility for the daughter of Ms. Elmy, a former housemaid

Without computers or the Internet, poorer young people have less opportunities

This is not a new problem and it has had an increased impact during the pandemic, with the closing of schools.

Scene 1: The alarm clock going off at a quarter to four in the morning signals the beginning of a workday in which indicators contradict whatever hopeful portents there might have been for Laysa Meireles. Black, poor, and brought up in an outlying neighborhood in Rio das Ostras, the Lake Region of Rio de Janeiro, the 21-year-old young woman attends seventh term of Law School and fifth term of an undergraduate course in Literature and Languages. Her busy schedule also includes working as a supervisor at the Enel power company.

Scene 2: almost every day of Elmy Candida da Silva’s youth, now she is 60, were lived performing the tasks of a housemaid. She faced the hard life of those who would get up at the crack of dawn to elbow their way onto public transport. Unschooled, she now manages a small snack bar, known in Rio de Janeiro as a “birosca.” Elmy is Laysa’s mother. The difference between the life the daughter leads today, and her mother’s trajectory, is what social scientists call social mobility.

As is always the case with social mobility phenomena, there are some possible explanations. But in the case of Laysa, there is no doubt that what allowed her to escape the ties of poverty and distance herself from the difficult inheritance her mother was subjected to was access to information enabled by the availability of a computer, in the much disputed Computer Lab at the public school she attended.

“The school received computers and access to the Internet for students to use between 2005 and 2006. I had no access at home and before that I used Lan houses. In an environment of uninformed people, the use of technology was crucial throughout my entire growing-up process, not only on a personal, but also on a professional, and academic scale,” she analyzes. In the case of Layse, she underscores the fact that access to the Internet was one of the main factors bolstering presential learning, thus allowing her to research homework assignments and also serving as a source of studies to complement her learning and prepare her before exams.

*Indicators produced by the Institute for Mobility and Social Development (IMDS), based on IBGE data, in the series that highlights the correlation between the parents’ level of schooling and the results obtained by their offspring throughout their lives. The data source is the National Household Sample Survey (PNAD) of 2014.

The lack of access to goods such as computers and tablets, the Internet or broadband, is an obstacle for many of our young people. To put it in numbers, 59% of the children of unschooled Brazilians, (who did not even conclude the first year of elementary school) own neither a computer nor a tablet. To have a measure of comparison, only 5.7% of young people whose parents are college graduates do not own such devices. Thus, the poor end up losing in the race for information and even productivity. Meanwhile, the offspring of wealthier people have greater success. In the indicator “type of connection to the Internet in the household”, over half (55%) of the children of unschooled parents do not have access to the Internet at home, while practically nine out of ten (89.4%) children of college graduates have broadband at home. An absolutely disproportionate relationship.

*Indicators produced by the Institute for Mobility and Social Development (IMDS), based on IBGE data, in the series that highlights the correlation between the parents’ level of schooling and the results obtained by their offspring throughout their lives. The data source is the the National Household Sample Survey (PNAD) of 2014.

These indicators were produced by the Institute for Mobility and Social Development (IMDS), based on IBGE data, in the series that highlights the correlation between the parents’ level of schooling and the results obtained by their offspring throughout their lives. The data source is the National Household Sample Survey (PNAD) of 2014. An important detail: poverty has increased in Brazil since then. In 2014, according to IBGE data, (Synthesis of Social Indicators, 2020), the percentage of Brazilian residents in households with a per capita income equal to or lower than US$1.9 was 4.5%, and this figure rose to 6.5% in 2019. Hence it will be no surprise if the framework of inequality of opportunities has remained the same or has become even worse.

In this reality of technological deprivation, public policies of support and compensation can be fundamental. Laysa Meireles' trajectory is exemplary in this sense: belonging to a less favored group of society, without access at home to consumer goods that could facilitate the acquisition of knowledge, she found in the computer lab of her school tools of improvement that would not have been available otherwise. Educator Andrea Ramal: "the disparity in the conditions in education among students from public and private schools is enormous"

The story of the young woman from the interior of Rio de Janeiro is just a glimpse into real life to explain a problem that only grew worse in the Covid-19 pandemic. With the inevitable ruling to close schools and suspend face-to-face classes, the improvised experience of distance learning caused the country to go backwards in the inclusion process. Worse still: in holding the Enem 2020 exams, postponed to 17 and 24 January 2021, many Brazilians without access to computers or the Internet outside of school were left behind in the dispute for a vacancy. Even in cases where schools have tried to run a distance education system, the outcome is worrisome. According to educator and consultant Andrea Ramal, a member of the PUC-Rio Development Council, the concept of online classes not only needs to be improved but also segregates opportunities.

"What we did was put together a patchy substitute and it became clear that Brazil still needs to advance in public policies related to technology in education to enable a hybrid system in basic education," says the consultant. "The disparity in the conditions of education between students in public and private schools is enormous," adds Andrea Ramal, who warns of possible inequality in the conditions of holding the Enem exams. "There are students who do not have a good Internet connection or computer service, or only have one computer for the whole family, or do not have a proper home environment in which to study. We can say that Enem never took place on equal terms, but holding it now, as though nothing had happened, further increases the injustices", adds the educator.

Still, according to the researcher, the return to classes in private schools, in many cases, will be a continuity of the work done during the isolation phase. Meanwhile, in public schools there were serious difficulties for children to gain access to classes and activities, and these issues will persist in the face-to-face return to the precarious structure of most units. In a recent interview with O Globo, IMDS CEO Paulo Tafner detailed the consequences of this problem: "One of the main ways to increase social mobility is education. In the case of Brazil, in the pandemic, this digital divide has widened. Boys and girls who are in private schools have remote classes. And virtually no public school has had face-to-face or remote classes. The possibility of social mobility has been diminished." The news report can be read at this address.

The widening of the gulf between public and private education systems – which results in the disparity in learning of children and young people belonging to each system – has made technological resources more than welcome: in fact, crucial. It is necessary to discuss access to connectivity, to equipment and their appropriate relationship to public policies that expand opportunities for social mobility – and reach, for example, more people like Laysa Meireles

READ MORE: Social projects seek to reduce the gulf in access to technology