Social projects seek to reduce gaps in getting access to technology 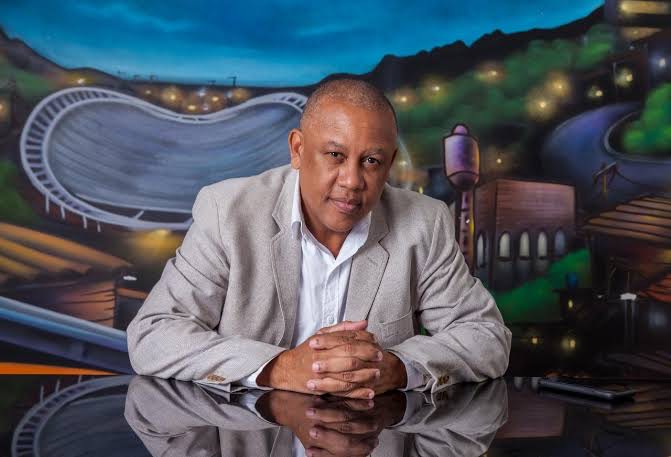 Celso Athayde, founder of Central Única das Favelas: the institution plans to connect 2 million people by July 2021 through the installation of wi-fi points and distribution of chips

Social projects seek to reduce gaps in getting access to technology

Inequality of opportunities in getting access to technology is reflected in imbalances such as in education, in income and, consequently, in the construction of a more just society when offering opportunities to its young people. Combating this disparity involves public and private initiatives of strong impact. One of them, developed by CUFA (Central Única das Favelas), was launched in 2020, aimed at providing a better chance to favela residents. This is the "Mothers of the Favela On" project, which aims to connect 2 million people by July 2021 through the installation of wi-fi points and chip distribution. To date, more than 1.5 million have benefited from the initiative that aims to democratize access and provide tools for favela residents to overcome the difficulties imposed by digital isolation.

Through the chips delivered to mothers and leaders of the benefited homes, families gain 24-hour-a-day Internet access for education and entrepreneurship content, previously selected by the project's curators, in addition to 15 hours a month of free content, phone calls and unlimited WhatsApp use for six months. The first points were installed in Rocinha, in Rio de Janeiro, and in Heliópolis and Brasilândia, in São Paulo. The project already operates in 150 slum complexes across Brazil.

“Since 2012, the United Nations has classified the Internet as an essential asset. Therefore, no one can forego being connected. The Internet can combat inequality, for example, through various online courses one can take and have access to, as well as offering many opportunities to do business, develop entrepreneurship and startups. Digital inclusion is essential, even more so during the pandemic, when people have to stay home,” says Celso Athayde, founder of Central Única das Favelas (Cufa).

Like "Mothers of the Favela On", other projects are emerging on the horizon to strengthen the fight against technological inequality in Brazil. In October 2020, Microsoft launched "Mais Brasil", in partnership with the Ministry of Economy. The program is designed to train 5.5 million people in the technological area by 2023, with the aim of entering the job market. On another front, the project will support up to 25 million workers in searching for job opportunities over the next three years, using artificial intelligence to connect professionals to the jobs that best fit their profile.

Aside from ensuring access to capital goods and technology, it is important that individuals know how to use them productively. In the last decades, the CDI (Committee for the Democratization of Information Technology) - now Recode - coordinates digital training and inclusion projects. Since 1995, 1,752,000 people have been impacted by the courses and services offered by the group, through 3,636 agents of change in 1,158 digital empowerment centers, according to the initiative's website.

In Rio de Janeiro, another project that seeks to supply the demand for the democratization of access to the digital universe is "Naves do Conhecimento" (Ships of Knowledge). The social program, which offers courses, workshops, a digital library, computers, and various events in its nine units spread across the Northern and Western part of the city, was created in 2012 by the Municipal Department of Science and Technology (SECT) and, in 2016, received the Visionary of the Year Award, presented by the Intelligent Community Forum (ICF), which celebrates innovation. Ahead of the project at its launch, the former municipal secretary of science and technology, Franklin Coelho emphasizes the importance of the Ships (Naves) as agents of proliferation of opportunities and information.

“I believe that Ships of Knowledge are part of an effort to place technological innovations within the sphere of social inclusion. A public policy of social inclusion can only be understood from an analysis of the cumulative exclusion process that is aggravated by the development of new information and communication technologies", he analyzes, and adds:" The project, implemented in the neediest areas of the city, has sought to form citizens capable of living and conversing in a digital world”.

During his administration, Franklin fed a system for monitoring the impact on communities. The profile of users in the first four years of the project, according to him, covered all age groups: 60.95% of users were under 18; 19.78% between 18 and 30 years of age; 14.22% between 30 and 50 years of age; 1.29% between 60 and 80 years of age, and 0.40% were over 80 years old. By September 2016, approximately 2.5 million people had attended the Ships, of which 175,239 signed up for some type of activity. In the same period, the Ships certified 44,509 students from these different courses, with 1,239 in courses aimed at employability. “Access to information is a fundamental right. Without information, we are not aware of our rights and we cannot guarantee them. When we talk about digital inclusion, we are referring to a new legal culture, not only to the generic right to the Internet, but to access to information as a public good”, emphasizes Franklin.

There are several solutions being tested in the public policy arena regarding interventions of the third sector and of private initiative. Access to the Internet may even impact on intragenerational social mobility – that is, eventually transforming the life of a person throughout a given period of time. Within the category of palpable results, a great reform was promoted in China in 2004 aimed at reducing distances. Through technological intervention, the government brought together highly qualified teachers and over 100 million students from schools in rural areas around the country. Broadband Internet satellite connection, computer rooms with multimedia equipment enabled lesson transmission, recorded in the Pekin capital by qualified faculty. The Chinese experience with large-scale computer-assisted learning has increased the period of formal schooling for students by 9.3%, according to the study The Effect of Computer-Assisted Learning on Students' Long-Term Development. Post-school life also improved: in regions submitted to the program, there was an increase in the number of graduates apt to fill job stations that required greater cognitive skills – jobs requiring more qualified workers than those in agriculture, for example. Last, but not least, the program reduced the rural-urban disparity: the difference between average years of schooling in both regions dropped 21% and the distance in earnings decreased by 78%. For Brazil, the message is clear: let’s get to work.

READ MORE: Without computers or the Internet, poorer young people have less opportunities”